Bourne to Write regularly publishes titles by workshop writers on amazon in paperback and kindle. 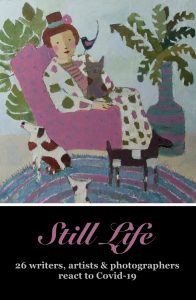 Living through the Covid-19 pandemic posed a particular problem for the writers of fiction, namely how to create work in a world which seemed to have risen ready made from the genre of dystopian fiction. Meeting in groups on Zoom broadened the scope of our workshops in so many ways but it also added an unreal element. For a time we were all characters in a fiction of someone else’s making. So how to react to such a life changing situation?

Some of the workshop writers avoided the subject like the plague while others grasped it by the throat. You’ll find it here in all its shades and variations. 26 writers, artists and photographers reacting in their own unique way to the threat of the unseen, the unknown. available to buy on Amazon 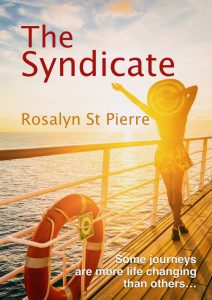 The Syndicate by Rosalyn St Pierre

The Syndicate – some journeys are more life changing than others. Villagers on a remote island in the Pacific discover that there is an environmental disaster threatening to overwhelm and destroy their way of life!. At the same time a woman wakes in a small town in East Sussex to find her life is about to change beyond all recognition. With the encouragement of her financial advisor she books a once in a lifetime cruise to a mystery island. However, disaster strikes and she and the passengers are shipwrecked. The crew have abandoned them, they have no communication, they are alone. Gradually the survivors adapt and come to love the island, even the Komodo dragons that constantly watch them. Can this motley crew of passengers survive and resolve the environmental damage endangering the island? The Syndicate is  available to buy on Amazon 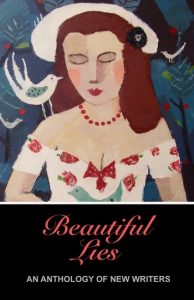 The best short stories should haunt you for days and weeks. They should startle you and make you want to read more by the same author. In this anthology of 35 new writers you’ll find refreshing, creative voices that will constantly surprise and delight. Most of the writers are published here in print for the first time. Online their work has appeared under the creative writing workshop banner of Bourne to Write, led by the writer, arts critic and broadcaster Roddy Phillips. As they were written for the Workshop many of the stories and poems share themes, lines and subject matter, yet each one is an unique and beautiful lie just waiting to be brought to life – by you the reader. Buy Beautiful Lies on amazon 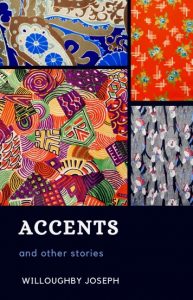 Accents & Other Stories by Willoughby Joseph

Willoughby Joseph is an English doctor and writer. He attended medical school in London, qualifying in 1989 and continues to work as a hospital-based physician. He is married with two grown up sons and lives in Sussex with his wife.
Bourne to write is proud to offer this previously unpublished collection of short stories by such an exciting new writer. Accents is an eclectic and compelling mix of stories covering a wide range of subjects, including the power of chocolate cake, a perverse look at society’s relationship with alcohol, memory and loss, and tea as a metaphor for diversity. Once you’ve entered Willoughby Joseph’s world you won’t want to leave without one more story to treasure.  Buy Accents & Other Stories on amazon 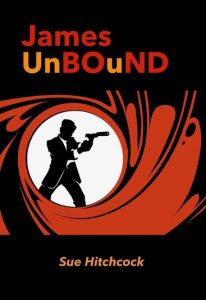 An experienced secret agent like James Burns is supposed to know the good guys from the bad, but in the time of Covid 19, what is a man to do? Sue Hitchcock’s third novel takes a thrilling, satirical swipe at the state of the nation with the help of a seasoned secret agent who is as charming as he is refreshingly down to earth. Buy James Unbound on amazon 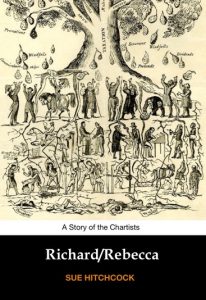 In Sue Hitchock’s new novel 17 year old Richard becomes involved in the Rebecca Riots, but why was there a three year silence between 1839 and 1843, when the riots broke out again? Hitchcock imagines what could have been part of her family history, had any records been kept. Buy Richard/Rebecca on amazon 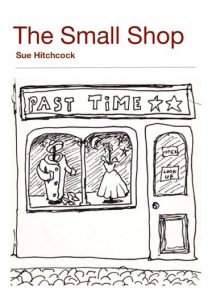 The Small Shop by Sue Hitchcock

When Polly opens a shop selling second-hand clothes she doesn’t expect to become part of its history!The Small Shop is a delightful, transporting read, packed with memorable characters. “Hitchcock’s first novel The Small Shop is a real charmer, a genuine treat. What starts out as a possible piece of chick-lit turns into a heartwarming homage to HG Wells.” Ingenue Magazine. Buy The Small Shop on amazon 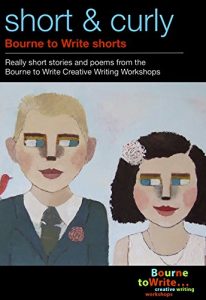 “With contributions from 43 writers, and a range of style and subject matter as diverse as might be expected from such a large group of writers, Short & Curly keeps the mind engaged. From light, amusing anecdotes and evocative narratives, to dark, thought provoking pieces – some that, to my surprise, brought a tear to my eye – this collection warrants a place on anyone’s virtual bookshelf.” Ingenue Magazine Autumn 2015 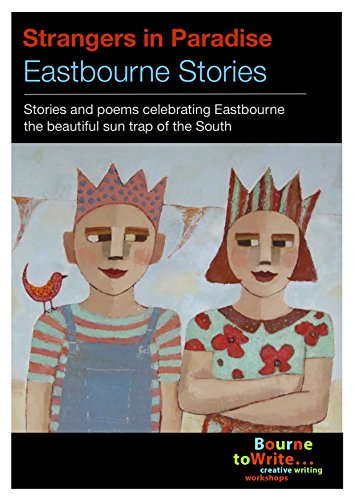 Bourne to Write’s first anthology – ‘Strangers in Paradise’, featuring the work of 26 Bourne to Write writers was launched at the Eastbourne Arts Festival at The Lamb in Old Town Eastbourne in May 2014. All proceeds from the book have been donated to local charities, including the Eastbourne Pier Benevolent Fund.

Strangers in Paradise is now available on amazon worldwide as a Kindle book.

Buy Strangers in Paradise on amazon